PRETORIA: South Africa continues to value its relationship with the United States, Small Business Development Minister Lindiwe Zulu said on Thursday.
“South Africa greatly values our relationship with the US. Our partnership both domestically and regionally continues to yield benefits for our people in the areas of trade and investment, capacity building, health and education, youth and gender empowerment and the promotion of democracy and good governance in the African continent,” said the minister.

Zulu was addressing an event to mark the 239th Independence Day of the United States in Pretoria. The Minister said that the bonds between the two countries which are based on common values and aspirations that transcend differences between the two, are enduring. “… the world is made up of differences and what is important is what we do with those differences, what do we do to find each other and find a way of working together in everything that we do.

“For us in South Africa, it’s about doing the best that we can to service the people of South Africa but also to ensure that we build a better South Africa and a better world,” explained Zulu.

US Ambassador to South Africa Patrick Gaspard said although there are challenges, progress is also being celebrated. “Today as we look squarely at our challenges, we also celebrate the incredible progress that we’ve made as a republic. Today we celebrate our past, our present and bright future and America’s commitment to the African continent,” said the ambassador.

Gaspard said recently, a group, including Tshwane mayor Kgosientso Ramokgopa, had been sent to Detroit in the US to learn about initiatives where cities and universities use each other’s capacities and services to improve communities and to change lives. “We are going to continue to do that,” said the ambassador, adding that deputy president Cyril Ramaphosa recently commended the US for assisting South Africa in dealing with HIV and TB at the annual Aids Conference.

The US has spent close to $5 billion in the last decade to help turn around the scourge of HIV and TB in South Africa. “We are proud of that initiative. We are also proud of the more than 600 US firms operating in South Africa that provide jobs to South Africans and are responsible for about 10% of the Gross Domestic Product,” said Gaspard.

Renewal of the Growth Opportunities Act

The Ambassador also reflected on the fact that US president Barack Obama has signed into law the renewal of the Growth Opportunities Act (AGOA) for ten years including South Africa. “It will give South African manufacturing and agricultural sector unfettered access to the tune of over $2 billion a year to our markets,” explained the ambassador.

AGOA is a preferential agreement that has been in place since 2000 between the US and Sub-Saharan African countries. The current AGOA is due to expire at the end of September.

Minister Zulu said US investments in renewable energy as well as the joint ventures between General Electric and Transnet Engineering for building diesel electronic locomotives locally, are good examples of support for South Africa’s domestic priorities. “It is important that we maintain the momentum that was built during the US-Africa leadership summit that took place in August 2014.

Minister Zulu added that South Africa is looking forward to the next meeting which will be held in Washington DC in September this year. “It is important for us that we carry the hopes and the vision of not only South Africans who are within our borders, but we also carry the hopes, vision and the future for the African continent,” she said. 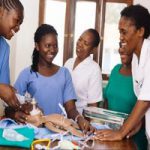 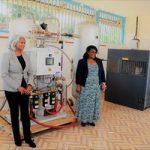 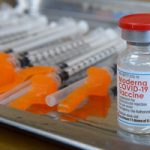 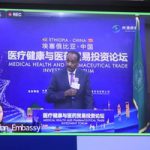 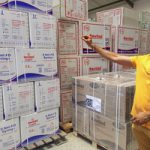