President Muhammadu Buhari, along with several members of the federal executive cabinet, has been invited to attend the summit, which will be attended by other African heads of state, including the Prime Minister of Ethiopia, Hailemariam Desalegn, and Liberian President, Ellen Johnson Sirleaf, as well as senior government representatives from across Africa. The conference will immediately follow the African Union’s annual heads of state summit in Addis Ababa.

CCA, the premier American organization devoted to U.S.-Africa business relations, will hold the event, which is the 10th Biennial U.S.-Africa Business Summit, for the first time in Africa, since 2007 at the United Nations Conference Centre in Addis Ababa.

CAA said the summit would bring together more than 1,000 private sector and government representatives, including heads of state, from all parts of Africa, the United States, Europe, Asia and the Middle East. This year’s summit will feature insightful plenary sessions, sector-focused panels, country-specific forums, peer-to-peer roundtables, site visits, exhibitions and networking opportunities.

According to CCA’s President and Chief Executive Officer, Stephen Hayes, not only is this the first time the African Union and the Ethiopian government will co-host such an event with an American business association, it is also the first time CCA is hosting its summit in Africa since 2007.

“Nigeria is a priority country for CCA members, and the organization has worked to promote U.S.-Nigeria trade and investment for over a decade. In July 2015, the council hosted President Buhari on his inaugural visit to the United States to discuss Nigeria’s economic growth and strategy. Additionally, CCA’s Vice President, Ambassador Robert Perry, led a 14- person delegation from the United States for a trade mission to Nigeria aligned with the NESG Summit in October 2015, featuring leading American business including Boeing, Lockheed Martin and Gilead Sciences,” the statement said. 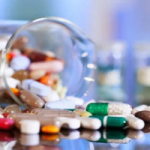