Senegal and Rwanda have agreed to build the firm’s first start-to-finish factories to create messenger RNA (mRNA) vaccines in Africa, according to the Associated Press. BioNTech is a German company that was one of the pioneers in the development of a COVID-19 vaccine (AP).

Construction will begin in mid-2022, according to BioNTech, which created the Pfizer-BioNTech COVID-19 vaccine. The company is collaborating with the Rwandan government and the Institute Pasteur in Dakar.

According to the Washington Post, the innovative mRNA technique employs the genetic coding for the Coronavirus spike protein and is anticipated to elicit a stronger immune response than standard immunizations. Scientists intend to employ the technology, which is easier to scale up than traditional vaccine processes, to develop vaccines for other diseases, such as malaria.

“State-of-the-art facilities like this will be life savers and game changers for Africa,” said Matshidiso Moeti, WHO Regional Director for Africa. “They could lead to millions of cutting-edge vaccinations being created for Africans, by Africans, in Africa.” “This is also critical for the transfer of information and know-how, the creation of new jobs and skills, and, eventually, the strengthening of Africa’s health security.”

Meanwhile, the fact that Rwanda and Senegal are the only two Sub-Saharan African countries working together on this groundbreaking effort is no coincidence. For many years, Rwanda has worked to establish itself as a regional knowledge-based ICT centre, investing heavily in research and R&D capabilities.

Pfizer, the world’s largest pharmaceutical company, recently signed a memorandum of intent with the Biovac Institute for the production of 100 million doses per year. The agreement covers the bulk importation of the drug material, the filling of vials, and the product’s distribution across Africa and elsewhere. The current agreement between Senegal and Rwanda is critical for Africa’s collective fight against COVID-19 because of the small number of nations in Sub-Saharan Africa with the technological competence to make vaccines.

The BioNTech plan calls for the development of a containerized manufacturing unit in Germany, which will then be sent to Rwanda, cutting the time it takes to build a vaccination factory by at least a year and lowering the chance of delays. While BioNTech employees will initially manage and operate the facility, ownership and expertise will eventually be handed to local operations. Based on Biovac’s experience in South Africa, this type of expertise does not currently exist in Rwanda and could take up to a decade to build. The agreement between BioNTech, Senegal, and Rwanda includes critical technology transfer in the second part of the contract, as well as an intellectual property licence agreement.

The Washington Post stated on October 26 that BioNTech plans to build a plant in Africa that will be able to produce around 50 million doses of the vaccine per year, with room for expansion. BioNTech also stated that it is in talks to expand its cooperation with Biovac, a South African vaccine maker. Biovac will construct the vaccine using BioNTech’s chemicals in a process known as “fill and finish.” The first finished doses will be produced in 2022, with an aim of manufacturing more than 100 million each year. 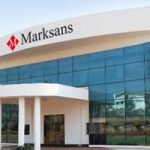 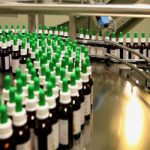 According to a research, there are opportunities to produce specific ...
Read More
Henlius Partners with Getz to commercialize Adalimumab Biosimilar 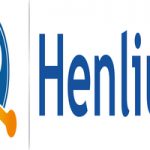 Shanghai Henlius Biotech has established a partnership with Getz Pharma ...
Read More
Over 100 million euros will be invested by the EU and the Gates Foundation to establish an African drug regulator 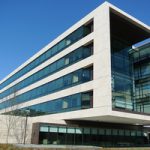 According to Reuters, the European Union and the Gates Foundation ...
Read More
WHO has identified 6 African countries that will receive technology for the production of mRNA vaccines 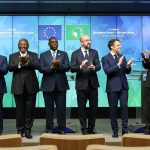