President Recep Tayyip Erdogan stated at a major conference of African leaders that Turkey will deliver 15 million Covid-19 vaccine shots to the continent, calling the continent’s poor vaccination rates a “blot on humanity.”

During Erdogan’s tenure as Prime Minister and subsequently President of Turkey, which began in 2003, Ankara has made significant investments in building trade and diplomatic ties with the world’s poorest continent.

Erdogan told a crowd of hundreds of leaders and ministers that Turkey would provide 15 million doses of the Covid-19 vaccine to Africa, where cases are quickly increasing and immunisation rates are poor.

“We are aware of the global inequity in receiving the Covid-19 vaccine, as well as Africa’s unfair treatment,” Erdogan stated.

Turkey is researching on its own vaccine, dubbed Turkovac, which is currently awaiting emergency use approval.

Erdogan stated that after any approval, it will be shared with Africa.

Turkey’s remarks did not make it clear whether it would deliver certain doses of the globally licenced vaccinations it is presently employing, including those made by Pfizer-BioNTech.

“Within our resources, we plan to share 15 million vaccine shots in the coming months to help to the settlement of this crisis,” he stated.

According to AFP calculations based on government numbers, the number of new infections across Africa has increased by 57% in the last week.

The worst-affected country is South Africa, which was one of the first in the world to be infected with the new Omicron form, which is thought to be even more contagious than previous coronavirus strains.

Erdogan stated that Turkey wished to improve ties with Africa in a variety of areas, including health, defence, energy, agriculture, and technology.

“Our true potential goes much beyond the goals we’ve set,” he remarked.

Turkey and African countries agreed in a final agreement to deepen cooperation in a number of areas, including health, “via more health sector investments.”

“We decided on a road map to improve our relations with the declaration we approved at this summit and the joint action plan,” Erdogan said at a concluding press conference.

Turkey has set a new trade volume target for the future: $75 billion.

The third Turkish-African summit, which is by far the largest to date, is being attended by 16 African presidents of state and 102 ministers, including 26 top diplomats, according to Turkish Foreign Minister Mevlut Cavusoglu.

The next Turkey-Africa conference will take place in an unnamed African country in 2026.

Posted in news and tagged Healthcare ties with Africa, Vaccination doses to Africa. 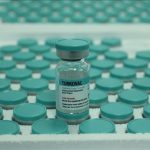 President Recep Tayyip Erdogan stated at a major conference of ...
Read More
3 million US Dollars boost has been given to a Kenyan medical firm 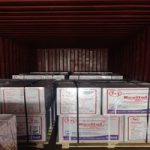 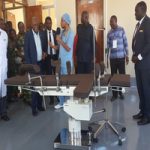 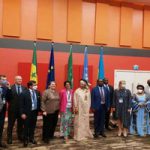 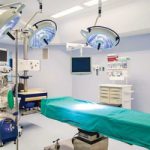 During a virtual investor roundtable, members of the Africa Investment ...
Read More